The celestial sphere is the geometrical space of all the points situated at the same distance from the Earth. Since the stars are very distant, they appear to occupy positions on the surface of this sphere.

We can plot the sun’s annual trajectory in the sky on it, the resulting line is called the ecliptic. 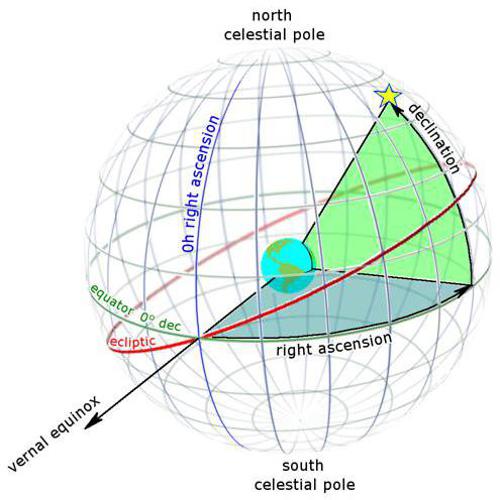 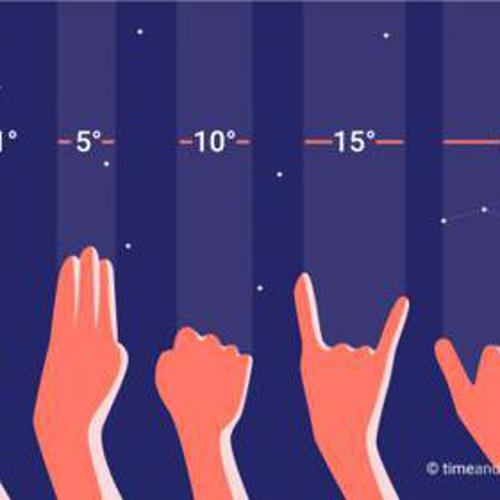 Around the celestial sphere’s equator we measure Right Asension in hours (one hour = 15°). The intersection between the ecliptic, the celestial equator and the projection the Greenwhich meridian is called the vernal point, denoted by $\gamma$. $\gamma$ is considered to lie at RA 0h, and going east RA increases by one hour for every 15° traveled.

Earth’s latitude circles are projected onto the celestial sphere and called Declination circles. We have 90° of positive DEC north of the Equator and 90° of negative DEC south of the Equator.

Note: stars with an angular DEC distance from the pole that’s lower than the observer absolute latitude are circumpolar, meaning they never rise or set.

In a clear night, without moonlight, with our naked eye we can see from 2500 to 3000 stars. About the same number are hidden away below the horizon. However there are infinitely more celestial bodies than these.

An object’s apparent brightness to a sensor is said to be its apparent magnitude. This is based on how the object is observed from Earth, meaning it depends on the distance, its luminosity and the extinction. The higher the value, the fainter an object is. Visual magnitude is usually denoted by $m$ or $m_v$.

The absolute magnitude ($M$) describes the intrinsic luminosity emitted by an object and is defined to be equal to the apparent magnitude that the object would have if it were placed at a certain distance from Earth, 10 parsecs for stars. 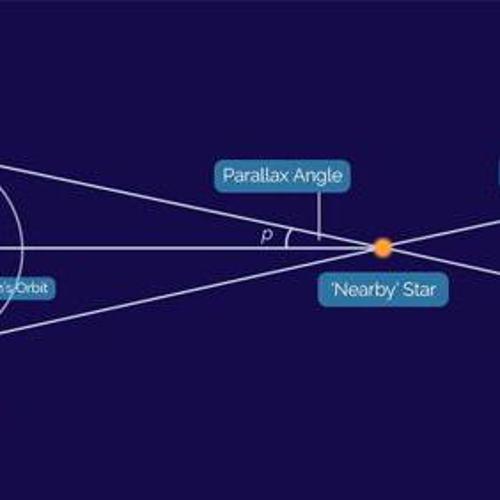 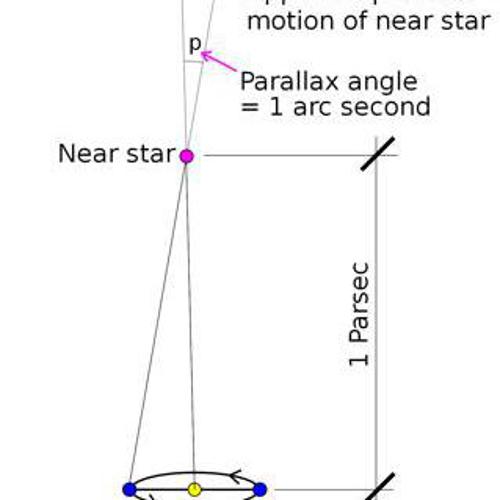 Parallax (from Ancient Greek παράλλαξις (parallaxis)), meaning ‘alternation’ is a displacement or difference in the apparent position of an object viewed along two different lines of sight, and is measured by the angle or semi-angle of inclination between those two lines. Due to foreshortening, nearby objects show a larger parallax than farther objects when observed from different positions, so parallax can be used to determine distances.

To measure large distances, such as the distance of a planet or a star from Earth, astronomers use the principle of parallax. Here, the term parallax is the semi-angle of inclination between two sight-lines to the star, as observed when Earth is on opposite sides of the Sun in its orbit.

One parsec is the distance from Earth to a point whose parallax p = 1” (arcsecond).

Transparency defines the clarity of the atmosphere, and affects the quality of images obtained through a telescope and of astrophotos. It’s determined by your altitude, weather conditions, dust particles floating around etc.

It is measured on the Antoniadi scale: